How would you reward the dog who saved your life?

You may need to start thinking about your answer to this question due to this new study utilizing canine’s sense of smell to help doctors identify some human cancers and infectious diseases.

Meet the life-saving dogs that are being used to diagnose prostate cancer, two German Shepherds. This is all happening as part of a landmark trial that will potentially prevent many disease-related deaths, such as prostate cancer, the most common form of cancer in British men.

This ground-breaking trial is a result of research that suggested that trained German Shepherd dogs can sniff out the chemicals linked to prostate cancer from urine samples, with the remarkable accuracy of 93 percent. 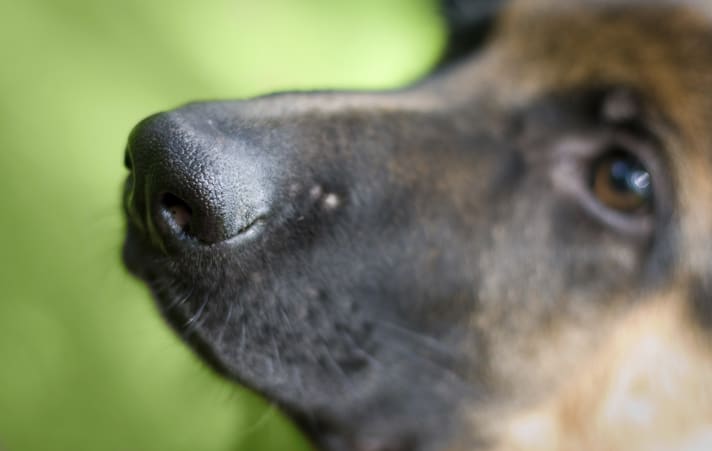 The recent study involved two female German Shepherds. They sniffed urine samples of 900 men, of which 360 samples had prostate cancer while 540 samples were without. Both dogs were right in identifying over 90% of the cases.

Save a Life, Have a Biscuit

A charity that trains dogs in medical detection has revealed its plans to test urine samples of 3,000 patients from Milton Keynes University Hospital as part of a three-year trial. As per the plans, nine dogs will smell the sample, and their verdicts will be recorded which will be later compared against the results from traditional testing to evaluate how reliable the canines are.

Around 40,000 new cases of prostate cancer are reported each year among British men. Presently, the conventional method of detecting prostate cancer is through a blood test known as the PSA test, which is done through physical examination and by biopsy. Unfortunately, research has found that the blood tests fail to detect prostate cancer in as much as 20 percent of the cases and gives a false positive in as many as one in eight cases. As a result, men have to undergo repeated testing, and in many instances this may end up in unnecessary surgery.

According to Dr. Claire Guest, co-founder of Medical Detection Dogs, these dogs have high sensitive biosensors that are more efficient than most machines. If the trial comes out successfully, canine screening will be offered to men for free at two clinics, the Leighton Hospital and the Graham Fulford Charitable Trust, both of which are funded by charities. According to Claire Guest, the detection dogs provide an alternative solution that yields consistently accurate results. Over the years, several millions of pounds of NHS funding have been poured into the traditional test methods, but with little improvement in their reliability.

Reader – What do you think about this ground-breaking study?  How would you reward a dog who saved your life?

WE LOVE HEARING YOUR COMMENTS BELOW AND THANK YOU FOR READING THE DOG PAW POST.